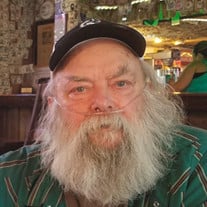 William J. “Bill” Griffith was born January 15, 1944 in Walnut, Iowa to William Lyle and Elsie Marie (Rihner) Griffith. He was one of seven children. He graduated from Walnut High School in 1961. Bill worked at Olsen Motors in Walnut, Iowa from 1961-1968. He then managed the Texaco Station by the interstate in Walnut from 1968-1972. Bill then worked for Chub Walter and Albert Schirm in the fertilizer business. Bill was united into marriage to Opal Armstrong on June 12, 1965 at the Presbyterian Church in Walnut. After their honeymoon to Florida, they made their home in Walnut. They were the parents of three sons: Courtney, Adrian and Shannon. Bill and Opal began their Antique business in the late 1970's and were engaged in it at the time of his passing. Through the years, Bill and Opal expanded their antique business to include owning and operating three stores in Walnut: Farm Fresh Antiques, The Walnut Antique Mall and The Antique Furniture Emporium. Bill and Opal enjoyed the hunt for antiques and when they were not together at their shop, they were frequently together at antique shows and auctions. Bill also enjoyed fishing, hunting, and boating at their lake house at Lost Island Lake, and sharing summer activities with friends and family there. Bill and Opal enjoyed traveling and have wintered in Florida since 2000. He also enjoyed following his sons and grandchildren’s many sporting activities. Bill passed away on Thursday, November 12, 2020, having attained the age of seventy-six years, nine months and twenty-eight days. Bill was preceded in death by his parents, siblings: Jeanette, Darlene, Dorothy, Norma, Donald “Bud” and Barbara, and sister-in-law Lois Osborn and her husband Jack. He leaves to celebrate his memory his wife Opal; sons Courtney Griffith of Walnut, Iowa; Adrian Griffith of Walnut, Iowa; Shannon (Teresa) Griffith of Walnut, Iowa; grandchildren Seth (Kelsey) Griffith; Will (Ronda) Griffith; Courtlyn (Randy) Arbuckle; Kane (Savannah) Griffith; Mason, Hugh, Ian and Rhys Griffith; great-grandchildren Hayden, Hadley, Harper, Hannah Griffith; Drew and Braelyn Griffith; Tristan and Keagin Arbuckle; Kyla, Kaydence, Seeley and Karsyn Griffith; nieces and nephews, other family and many friends.

William J. &#8220;Bill&#8221; Griffith was born January 15, 1944 in Walnut, Iowa to William Lyle and Elsie Marie (Rihner) Griffith. He was one of seven children. He graduated from Walnut High School in 1961. Bill worked at Olsen Motors in... View Obituary & Service Information

The family of William "Bill" Griffith created this Life Tributes page to make it easy to share your memories.

Send flowers to the Griffith family.