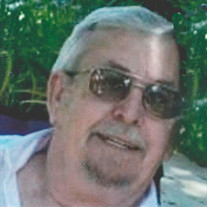 Richard Earl Moore, the son of Bernie and Nola (Bachman) Moore, was born on August 4, 1946 in Council Bluffs, Iowa. He attended grade school in Malvern, Iowa and graduated from Malvern High School. Following high school, Richard was drafted into the United States Navy. He was in the Navy for a total of 6 years and out of that 6 years, 4 of them were spent in Vietnam. Richard worked the fuel depots and ran fuel up and down the Mekong River which was key during the Vietnam War. He arrived back in the states in 1970, and he decided to take his "friendship" to the level of "relationship" with a girl he met a couple years prior to being drafted: Catherine Ainsworth. Richard got serious with Catherine and the 2 were married on November 21, 1971 in Unadilla, Nebraska. To this union, 2 beautiful girls were born; Christine and Charity. Richard was driving a cement truck while working construction jobs, but it was not long after that his career took off. Richard became and engineer at a Hospital in Lincoln, Nebraska where he started working and cleaning the boilers and rose to the top to be an engineer supervisor of the whole hospital. While he worked here he also taught classes at Southeast Community College and went around to 3 states giving licenses to those who passed the test. Richard was also the secretary for his national engineering group. After 30 years of working as an engineer, Richard retired. Richard was a man who didn't care too much for sports but loved drag racing, never drank but maybe once a year because he loved his Coca-Cola, and he was cartoon crazy. This is probably how he developed being a class clown both in school and at home. He spoiled his family and it started with his wife. There wasn't a day that went by that he didn't kiss or say "I love you" to Catherine. He gave her anything and everything she wanted, and that love was for his daughters to. When they were younger, he was always there to change their diapers, and when they were older, he was there to give them a laugh or a hug. He was an awesome, awesome man. On September 14, 2019, Richard was diagnosed with cancer and he spent the remainder of his day's with his family. Richard passed away peacefully at his home in Avoca on October 7, 2019 surrounded by his loving family. He was preceded in death by his parents; his brothers Wilbur Dean and John Moore; and a sister who passed away in infancy. Those left to cherish his memory are his wife Catherine of Avoca; daughters Christine Snook and her husband Kevin of Bellevue, Nebraska and Charity Moore of Avoca; grandchildren Joshua Snook of Bellevue, Nebraska, Bailey Wood of Lincoln, Nebraska, Devin Moore of Avoca, and Madison Moore of Avoca.

The family of Richard Earl Moore created this Life Tributes page to make it easy to share your memories.

Send flowers to the Moore family.