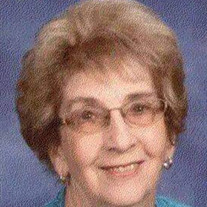 Norma Eloise (Luitjens) Wittmaack, daughter of Louis and Lois (Hutchinson) Luitjens, was born September 28, 1935 in Denison, Iowa. She grew up on a farm near Odebolt, Iowa where her parents raised cattle and her father drove truck. She attended Denison Elementary in Denison, Iowa; junior high in Galva, Iowa, and graduated from Odebolt High School in Odebolt, Iowa. On March 4, 1956, Norma was united in marriage to Melvin Wittmaack in Odebolt, Iowa. They lived in Denison, Iowa from 1956 to 1962 before moving to Sioux City. They lived in Sioux City from 1962 through 1965. They then moved to Vail, Iowa where they lived from 1965 through 1969. They relocated back to Denison in 1969 and lived there through 1972. In 1972 they moved again to Sioux City for a year before buying a meat plant in Snyder, Nebraska in 1973. They owned and operated Superb Meats and Quality Steaks from 1973 through 1993 when they relocated to Easton, Pennsylvania. They returned to Nebraska in 1995 where Norma worked for the Department of Revenue and eventually retired in 2007. In Snyder she was president of the school board. She and her husband also bred, raised, and showed miniature horses throughout the Midwest. Some other hobbies that Norma enjoyed were knitting and playing the organ. She was a substitute church organist at Immanuel Lutheran Church in Snyder, Nebraska. At Eastridge Presbyterian Church, she was on several church boards and was part of the group that knitted prayer shawls for children and needy. In addition to her parents, Norma was preceded in death by her husband Melvin Wittmaack; her brother L. Arlen Luitjens; and a son Danny Wittmaack. Survivors include her children Mel (Tory) Wittmaack of Gretna, Nebraska; Krista Wittmaack of South Jordan, Utah; Rob (Lynelle) Wittmaack of Riva, Maryland. Her grand children Jordan Mendez of Edmonton, Alberta, Canada; Jason (Camille) Mendez of West Jordan, Utah; Alysia (Steven) Gawrick of Omaha, Nebraska; Jacob Wittmaack and Will Wittmaack both of Riva, Maryland; 5 great grandchildren, and many other friends and relatives. In Lieu of flowers, donations are encouraged to the Donna Reed Foundation.

Norma Eloise (Luitjens) Wittmaack, daughter of Louis and Lois (Hutchinson) Luitjens, was born September 28, 1935 in Denison, Iowa. She grew up on a farm near Odebolt, Iowa where her parents raised cattle and her father drove truck. She... View Obituary & Service Information

The family of Norma Eloise Wittmaack created this Life Tributes page to make it easy to share your memories.

Send flowers to the Wittmaack family.