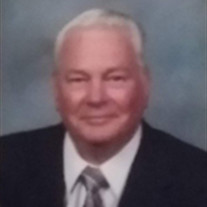 Dale John Reese Dale John Reese, the son of Hugo and Lillian (Cassens) Reese, was born on August 11, 1937 in Schleswig, Iowa. He was baptized and confirmed at what is now the United Church of Christ in Schleswig. Dale attended school in Schleswig and graduated with the class of 1955. He then entered the Air Force and was stationed in Greenland and later in the states. After his honorable discharge, Dale returned to Schleswig where he and Dewayne Schultz ran a Go Cart operation. In 1960 he moved to California where he was employed at Ford Aeronutronics in Newport, California. On November 9, 1963, Dale was united in marriage to Marjorie “Kay” Harder in Las Vegas, Nevada. They made their home in Garden Grove, California until 1974 when they returned to their hometown of Schleswig. Dale and Kay purchased Schleswig Plumbing and Heating which he ran until his retirement and sale of the business to Arlen Meseck in 1996. Dale was an avid fisherman. He enjoyed traveling, wood working, and time spent with family and friends. Dale passed away on October 7, 2020 at Eventide Lutheran Nursing Home in Denison at the age of eighty-three years, one month, and twenty-six days. In addition to his parents, he was preceded in death by his wife Marjorie “Kay” Reese, his brothers Arthur Reese and Lewis Reese, sister Dorothy Gomer, son Todd Reese, sister-in-law Lois Sahl, and brother-in-law Robert Reinking. Those left to cherish his memory include his daughter Kim Reese of Oakland, Nebraska; his step–daughter Crystal Bretthauer of Mapleton, Iowa; daughter-in-law Kathy Fritz of Battle Creek, Iowa; sister Mick Reinking of Orange, California; grandchildren Brook Bretthauer and her husband Jeremy Shuffelbarger, Megan and her husband Gerrett Frehse, Alyse Bretthauer, Darin Fritz, Keelie and her husband Kevin Wortman, Tayton Reese and his wife Samantha; great grandchildren Morgan Frehse, Keegan Bretthauer, Lexi Frehse, Kent Wortman, Brevan Shuffelbarger, Kenley Bretthauer, Brynn Shuffelbarger, Kendel Wortman, Bexley Reese, Kenna Wortman, and Kasher Reese; his sister-in-law Pat (Duane) Sharp of Longmont, CO; nieces, nephews, cousins, and friends.

Dale John Reese Dale John Reese, the son of Hugo and Lillian (Cassens) Reese, was born on August 11, 1937 in Schleswig, Iowa. He was baptized and confirmed at what is now the United Church of Christ in Schleswig. Dale attended school in Schleswig... View Obituary & Service Information

The family of Dale Reese created this Life Tributes page to make it easy to share your memories.

Send flowers to the Reese family.