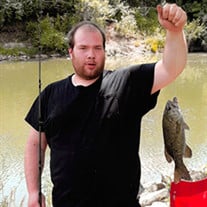 Zachary Robin Freese was born on March 27, 1994 at Manning Regional Healthcare Center in Manning, Iowa to Kathy Meier Freese and Rob Freese. When Zach was little he loved to spend time with his cousins Alex and Anthony. Alex and Zach would spend endless hours playing Dragon Ball Z and Pokemon cards. They dressed up as Dragon Ball Z characters for Halloween and played their characters very seriously. Zach and his cousins love to bike, swim and be outside. They would go fishing and camping with his dad Rob. Zach was a protector of his sisters. He would play video games with Joanna. When he got his prize car Pontiac grand Prix GTP he showed Vanessa how he could “drift” in the snow. He loved cars and working on them with his Dad. He could play fooseball for hours with his family. He was proud when he finally was able to beat his Dad. Zach struggled with addiction and mental health issues which caused a lot of problems in his life. He was treated for both but no answer was found to help him. Zach and his Mom had an unbreakable bond. He told her several times “Mom you are all I got”. She stood beside him and loved him unconditionally through the good and bad. They would go to Yellowsmoke to walk, but after the first 4 mile walk he opted to fish instead. Those times will be cherished forever. Zach loved to help his Grandma Meier and they would often go on drives and out to eat. He also helped his Grandma Freese by mowing for her whenever asked, he would always help them. Zach had many good friends throughout his life. Dyllon and Zach would jam together with their guitars and drum sets. Zach also found a friend in Sage. As a Mom I loved to hear Zach and Sage joke around and when they laughed together it made me smile. Zach talked about his struggles with both his parents and prayed with his Dad. Zach passed away unexpectedly on February 28, 2022. We know that he is in a better place where he will no longer have the struggles he had here and love and happiness will surround him. Until we see you again we will hold you in our hearts! We love you! Please if you are struggling with addiction and/or mental health problems get help. Zach is preceded in death by his maternal grandfather Robert Meier and his paternal grandfather Leonard Freese. Zach is survived by his father Robin Freese of Manilla; mother Kathy Meier Freese of Manilla; sisters Vanessa Freese of Manilla; Joanna Freese of Manilla; maternal grandmother Janet Meier of Irwin; and paternal grandmother Shirley Freese of Manilla.

Zachary Robin Freese was born on March 27, 1994 at Manning Regional Healthcare Center in Manning, Iowa to Kathy Meier Freese and Rob Freese. When Zach was little he loved to spend time with his cousins Alex and Anthony. Alex and Zach would... View Obituary & Service Information

The family of Zachary Robin Freese created this Life Tributes page to make it easy to share your memories.

Zachary Robin Freese was born on March 27, 1994 at Manning Regional...

Send flowers to the Freese family.