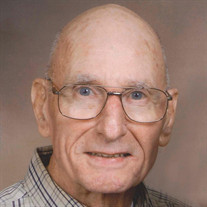 William Galen Barrett, Jr. Was born on June 7, 1942 to Dorcas and William Barrett, Sr. In Omaha, Nebraska. He passed away on February 13, 2020 in Omaha, Nebraska at the age of seventy-seven years, eight months and six days. He was baptized at Tennant Methodist Church. He attended the Tennant School grades 1-11, and graduated from Shelby-Tennant High School his senior year in 1960. After graduation he went to the US Navy for 6 years. William and Katherine Johnson were married on February 25, 1967 at the Shelby Lutheran Church. They had two children: Galen Barrett and Traci Barrett Miner. He worked for Leader’s Trucking in Minden, Iowa, Cox Grain/Trucking in Tennant, Kiesel Trucking in Shelby and in 1976 started Barrett Trucking with his dad being a partner. They closed the business in 1987 and took the family on their first vacation to the east coast. He worked at various other jobs - farming, welding at Iowa Fittings in Oakland, Skyjack in Atlantic (his favorite job), was on the street department for City of Council Bluffs until retirement in 2009. He looked forward to helping with fall harvest last few years. He enjoyed having fun and acting goofy with his kids and grandkids doing anything to make them smile. It was very important to him to attend all the grandkids activities. You could also find him doing Suduko puzzles and watching Fox News. Good music to his ears was listening to Andrea Bocelli, Celine Dion, Vince Gill and Reba McIntyre. He once told his grandkids that “Unchained Melody” by the Righteous Brothers was the greatest song ever written. William is preceded in death by his parents and his brothers, Gary Barrett and Ronald Barrett of Monroe, Michigan. He is survived by his wife Katherine Barrett of Shelby, Iowa; children Galen (Wendy) Barrett of Crescent, Iowa; Traci Miner of Gilbert, Iowa; grandchildren Alex Miner of St. Louis, Missouri; Owen Miner of Ames, Iowa; Madison Barrett of Crescent, Iowa; Landon Barrett of Crescent, Iowa; sister Kathy Jean (Joseph) Gasko of Bridgeport, Pennsylvania; brother Gayle (Barbara) Barrett of Council Bluffs, Iowa/ many nieces and nephews and other relatives and friends.

William Galen Barrett, Jr. Was born on June 7, 1942 to Dorcas and William Barrett, Sr. In Omaha, Nebraska. He passed away on February 13, 2020 in Omaha, Nebraska at the age of seventy-seven years, eight months and six days. He was baptized... View Obituary & Service Information