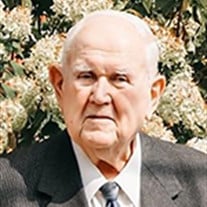 Vincent William Heese, son of Charles and Wilhelmina (Langenfeld) Heese was born May 30, 1932 in Earling, Iowa. He was baptized and confirmed at St. Joseph’s Catholic Church in Earling. He attended St. Joseph’s High School where he graduated with the class of 1950. Vince was enlisted in the United States Army, and served during the Korean War. He served his country honorably until April 17, 1953. On January 19, 1954, Vince was united in marriage to Catherine Graf. Five children were born to this union: Daniel, Russ, Julie, Jane, and Carmen. Vince farmed the family home place west of Earling and sold insurance. In addition, he also owned and operated the Earling Café. He was a lifelong member of the Earling American Legion and the Knights of Columbus, and was on the Earling Commercial Club for many years. Vince died on Wednesday, December 22, 2021 at Myrtue Medical Center in Harlan, Iowa, attaining the age of eighty-nine years, six months, and twenty-two day. In addition to his parents, he was preceded in death by his wife Catherine Heese, son Daniel Heese, son-in-law Gary Gubbels, great granddaughter Josie Heese, siblings Sr. Leta Heese, Mary Reischl, Nicholas Heese, Irma Sullivan, and Bernard Heese. He is survived by his children Russ Heese and his wife Judy of Earling, Iowa; Julie and her husband Bruce Goeser of Harlan, Iowa; Jane and her husband Ken Query of Earling, Iowa; Carmen Gubbels and her friend Dave Andersen of Earling, Iowa; 18 grandchildren; 29 great grandchildren; nieces and nephews; other family members and friends.

Vincent William Heese, son of Charles and Wilhelmina (Langenfeld) Heese was born May 30, 1932 in Earling, Iowa. He was baptized and confirmed at St. Joseph&#8217;s Catholic Church in Earling. He attended St. Joseph&#8217;s High School where... View Obituary & Service Information

The family of Vincent Heese created this Life Tributes page to make it easy to share your memories.

Send flowers to the Heese family.