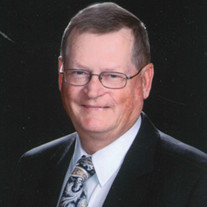 Thomas Lee Ludwig was born in Le Mars, Iowa on September 9, 1946 to Francis and Margaret Helene (LeBahn) Ludwig. He was the oldest of three children. He spent his younger years in Merrill, Iowa and later moved with his family to Le Mars where his parents operated a locker plant. Tom worked in the locker from a young age and always said that his father was his toughest boss! He continued his fascination with animal protein into his adulthood, preparing and smoking amazing meat dishes for friends and family. His granddaughters especially loved his barbecued ribs and he always made them for their visits to Iowa. Tom attended grade school in Merrill and middle and high school at Gaylen Catholic school in Le Mars. He then attended Creighton University in Omaha as a biology major and spent the next nine years there. In Omaha, with limited finances, he made his way on his own. After college graduation, he ultimately pursued his dream of attending dental school at Creighton. He worked moving furniture in between times and Omaha became his home, and Creighton friends his family. When asked what he intended to do if he had not gotten into dental school, he replied that he did not have a plan B. Tom's life at Creighton revolved around Bluejay basketball and as a loyal fan, regularly attended CU basketball games during college and for the rest of his life. In 1971 Tom met Nancy Blobaum, an art teacher from Fairbury, Nebraska at a Creighton dental school party. Tom, Nancy and both sets of parents hoped they would find their "loves" at college, but when that didn't happen, a quiet strong Catholic married a stubborn Lutheran in December 1971. They agreed to disagree for their forty-seven years of married life, supporting each other's faiths and regularly sharing breakfast with friends after each going to their own Sunday services. Tom opened a dental practice in Harlan Iowa in 1974 on Morningview Drive. He practiced in the same location for 43 years, retiring in 2017. He professed to be an old school dentist but was an avid learner and innovator. He was especially proud of his acquired skills in orthodontia and the many young smiles he fashioned. He also took satisfaction in providing for Medicaid patients and was a strong political advocate for their needs. He was a leader in the Iowa Dental Association and served as officer, delegate, committeeman and ultimately President of the IDA in 2015. He believed in the IDA Mission of Mercy and worked yearly at the IMOM's that provided free dental care for those in need. Tom was a community leader serving on the Harlan Municipal Utilities Board of Directors, Chamber of Commerce President, St. Michael's Parish Board and Harlan Golf and Country Club Board. He taught CCD and participated in both local and regional boards for St. Michael's Church in Harlan. Cooking and U-Tube surfing were some of the pastimes he enjoyed. He would spend hours searching out new recipes for smoking, grilling and cooking meats! He could also be counted on to accept tongues, livers and hearts from anyone who had them to spare. After his retirement and diabetic health issues, he would quench his thirst for cutting and cooking gadgets by online shopping. They arrived weekly! Tom loved to mow and sing while he raced around the yard on his Dixon mower. He enjoyed golfing with his buddies and hoped to join them in the summer of 2019. Thankfully his goal was realized, even if they were only short rounds. Tom loved to read the newspaper and read it daily, cover to cover, even two on Sunday. He ALWAYS read the Opinion Page, which may have contributed to the strong opinions he often voiced. But most of all, Tom was loyal with a double dose of integrity. He always spoke his mind, often with a salty flare! He quietly loved his family; they were his greatest pride and happiness. Tom died at the Cass County Hospital on June 12, 2019 at the age of 72. He was preceded in death by his father, mother and sister Mary, sister-in-law Judy Lynch, and brothers-in-law Les and Byron Blobaum. He leaves behind: his wife Nancy Harlan IA; son Christopher, daughter-in- law Jennifer and four granddaughters Ava, Roya, Eliza and Magnolia from Bloomfield Hills MI; special son Terk Mohr of Hamburg Germany; brother Rich Ludwig Fullerton CA; nieces Brigitte Ludwig(Art Serna) Anaheim CA, Sara(Dan) Perry Buena Park CA, sister-in-law Carolyn (Les) Blobaum Ashland NE; brother-in-law Stephen Scott Brisbane Australia. He will be missed by many friends who are family, and extended family who are special friends.

Thomas Lee Ludwig was born in Le Mars, Iowa on September 9, 1946 to Francis and Margaret Helene (LeBahn) Ludwig. He was the oldest of three children. He spent his younger years in Merrill, Iowa and later moved with his family to Le Mars where... View Obituary & Service Information

The family of Dr. Thomas Lee Ludwig DDS created this Life Tributes page to make it easy to share your memories.

Send flowers to the Ludwig family.