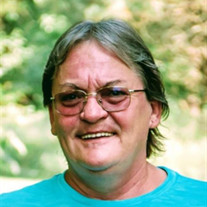 There are people in our lives who live life their way, marching to the beat of their own drum or to the tune of their own song, Tammie Sue (Steinkuehler) DeLong was one of those people. Tammie lived her life with grit and grace. She let no obstacle get in her way, nor did she let fear stop her from living her life to the fullest. Tammie was born January 27, 1964, in Denison, Iowa, to Victor and Lois (Houston) Steinkuehler. She was baptized at the Dow City United Methodist Church on December 12, 1976. In 1983, Tammie graduated from Dow City-Arion Schools. On September 4, 1993, Tammie married Steve DeLong in the gazebo at the Dow City Park, across the street from the place they would call home for a number of years. Tammie fearlessly fought and won a battle with breast cancer and went on from that experience to advocate for and support those who also found themselves battling the disease. She was diagnosed with Parkinson’s Disease in 2017 and since that time had become involved in advocacy and a number of awareness groups like the Polar Plunge and working along side her friend Loraine Batson to raise awareness of Parkinson’s Disease. Together, she & Loraine won a number of awards for their work in the state of Missouri. Above all, Tammie, or Mamah & Meme, as her grandchildren knew her, was a family person. She put her family first and was proud to share with the world the accomplishments of her children and grandchildren. Tammie had one daughter, Megan, with whom she shared a special bond. Tammie was Megan’s best friend and Megan hers. Her sons, Michael, Tristan, and Joshua came into her life as bonus kids and she was proud to be a parent to each of them. Spending time with family was a priority. She especially enjoyed fishing with Steve and her grandchildren. Time spent fishing & at the casino (or the “Library” as some may call it) with Steve was time well spent. She was quick witted and enjoyed inside jokes amongst her family and friends. One of those jokes, something that became funnier as time went on, was a year’s long & ongoing special signal, a “flip of the bird”, to her cousin Jim. Tammie knew no strangers and was quick to make friends wherever she went. After moving to Missouri, Tammie and Steve quickly made friends that belonged to the local Fraternal Order of the Eagle’s Club and were proud to join the club they loved to spend time at with those friends. Tammie made many, many friends because of her Eagles’ Club connections and felt truly blessed to have each of them in her life. She was a collector of all things John Wayne and also enjoyed collecting pink breast cancer survivor items and Parkinson’s awareness items. In the early morning of Saturday, October 5, 2019, Tammie passed away unexpectedly. She was proceeded in death by her parents, Victor and Lois Steinkuehler; her sisters, Vicki Truitt and Tina Thomsen; and her brothers, Leonard Steinkuehler and Timmy Steinkuehler. Those left to celebrate the life and their memories of Tammie are her husband, Steve DeLong, of Cape Fair, Missouri; her daughter, Megan Beam, of Dow City, Iowa; her sons, Michael (Trish) DeLong, of Denison, Iowa; Tristan Beam-Cone of Vail, Iowa; and Joshua Cone of Vail, Iowa; her grandchildren, Chase Miller, Camden Beam, and Kennedy Slater, all of Dow City; her brothers Jack (Colleen) Steinkuehler of Denison, Iowa; and Randy (Becky) Steinkuehler of Dow City, Iowa; and many nieces, nephews, cousins, other relatives, and many friends.

There are people in our lives who live life their way, marching to the beat of their own drum or to the tune of their own song, Tammie Sue (Steinkuehler) DeLong was one of those people. Tammie lived her life with grit and grace. She let no obstacle... View Obituary & Service Information

The family of Tammie Sue DeLong created this Life Tributes page to make it easy to share your memories.

There are people in our lives who live life their way, marching...

Send flowers to the DeLong family.