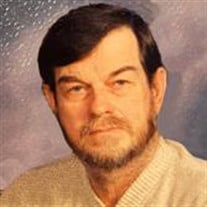 Richard “Dick” Monson was born September 4, 1941 in Harlan, Iowa to Herman and Mildred (Groat) Monson. Dick was baptized and confirmed at the United Methodist Church in Irwin, Iowa, where he grew up and attended the Irwin-Kirkman Community School. At a very young age he fell in love with cars, especially fast cars and was known around the area as the one to beat drag racing. There are many stories about his “56" Chevy called “The Cherry Wagon” and the “62" 409 Chevy Impala. In fact that is how he caught the eye of his love Sharon Erb on April 17, 1968 with her friend Marlys as they were driving the circuit in Harlan and he was following them in his brand new white “68" SS Chevelle. It was love at first sight. Two years later on June 27, 1970 (after convincing Allyn he was right for his daughter) they were married at the United Methodist Church in Irwin, Iowa. Dick and Sharon made their home in Harlan where they recently this past June celebrated 50 years of marriage. They were blessed with four children: Sean, Brandon, Chevonne, and Derek and seven grandsons. He was a very proud Dad attending all his kids and grandkids school and sporting events. Dick was a very talented artist and used his talent in all of his jobs with Martin Sign Painting and R.C. Booth Enterprises. His love for cars and his artistic talent, he started his own body and paint shop “Kar Kolor” where he done custom paint jobs and lettered and airbrushed many murals on vehicles. In the 70's and 80's he owned many different sport and muscle cars with his “69" red corvette being his favorite. With almost every car he owned within months he was repainting them putting on his own special paint job with racing stripes or pin stripes to airbrushing the Firebird on the hoods of his TransAms. Most everyone will remember Dick later in life driving his “94" Chevy pickup which he even refused to let go of after it was wrecked! His passion for racing and building fast motors contributed to his son Brandon’s racing career on dirt tracks. You could always find him in the shop working on the race cars even when he wasn’t suppose to be! There were many late nights and long road trips with the “boys” who have lots of unforgettable stories. He also had a love for airplanes and flying telling many stories about flying his Taylorcraft in his early years. Later he had a Piper Cherokee and even talked Sharon into taking flight lessons but then the babies started coming and had to let the plane go. Dick also enjoyed reading especially old west novels and all the James Bond books. His first born was even named after the actor Sean Connery who played the first James Bond. Dick loved to go out to eat and try new restaurants so when Sharon decided to buy “The Victoria Station” restaurant (the old railroad depot) he and the kids were all for it. He was her right hand man; cleaning, getting groceries, doing prepwork and taking the pies out of the oven so then he could claim he helped make them! They both retired in April 2020 when they sold the “Vic” after 30 years. Dick died on Friday, April 2, 2021 at Myrtue Medical Center in Harlan, Iowa surrounded by his family. Left to cherish his memory are his wife Sharon Monson of Harlan, Iowa; his children Sean (Danielle) Monson of Harlan, Iowa; Brandon Monson of Denison, Iowa; Chevonne (Jeff) Hoggan of Omaha, Nebraska; and Derek Monson of Papillion, Nebraska; eight grandsons: Chase Monson, Coy Poggensee, Jackson and Bennett Monson, Hunter, Cam, Quinn and Beau Hoggan; his sister Nancy (Dan) Evans of Camdenton, Missouri; sisters-in-law Diana (Bill) Barton, Judy Erb, Myrna (Bernie) Gundel, Carol Erb, brother-in-law Dan Huff, many nieces and nephews; other relatives and friends.

Richard &#8220;Dick&#8221; Monson was born September 4, 1941 in Harlan, Iowa to Herman and Mildred (Groat) Monson. Dick was baptized and confirmed at the United Methodist Church in Irwin, Iowa, where he grew up and attended the Irwin-Kirkman... View Obituary & Service Information

The family of Richard Monson created this Life Tributes page to make it easy to share your memories.

Send flowers to the Monson family.