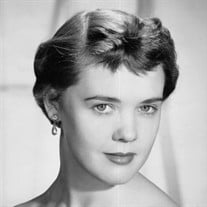 Phyllis Ann Sievers was born on the family farm near Walnut, Iowa, on August 9, 1935 to Bill and Ardelle (Palmer) Sievers. She attended a one-room country school before moving to town and attending Walnut Community School, Iowa State University, New York School of Interior Design, and University of Nebraska at Omaha. She received a master's degree from University of Nebraska Omaha in Public Administration. Phyllis resided in Walnut, Iowa where she was a farm wife married to Paul Simonsen. Together they raised three children: Bryan, Kendal, and Elly. After divorcing Phyllis moved to Omaha, Nebraska, where she met Geno Giboyeaux. Together they moved to Cleveland, Ohio, and married in 1997. They returned to Omaha after Phyllis's retirement. Phyllis was active in politics as a young adult, holding the position of Southwest Iowa Democratic Party Chairperson. She was a talented artist and writer, publishing a book of family stories titled "I Can Do This". She joined the Treasury Department of the Federal Government as a Regulatory Agent for the Bureau of Alcohol Tobacco and Firearms. After attaining the position of Area Supervisor, she retired in 1998 after 23 years of service. On February 16, 2020, Phyllis passed away having attained the age of eighty-four years, six months and seven days. She is preceded in death by her parents, Melvin and Chlorinda and sister Jean Hoover. Left to cherish her memory are her husband of twenty-two years Eugenio Giboyeaux of Omaha, Nebraska; children Bryan (Celine) Simonsen of Walnut, Iowa; Kendal Osbahr of Omaha, Nebraska; Elly (Dan) Whaley of Omaha, Nebraska; Carmen (Jason) Heffner of Convoy, Ohio; grandchildren Chelsea Osbahr, Morgan Simonsen, Mackenzie Simonsen, Madison Simonsen, Emma Whaley, Savannah Smith and Nevada Smith; other family and many friends.

The family of Phyllis Ann Simonsen created this Life Tributes page to make it easy to share your memories.

Phyllis Ann Sievers was born on the family farm near Walnut,...

Send flowers to the Simonsen family.