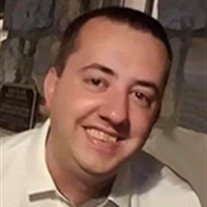 Nathan Lee Vert, son of Rodney Vert and Stacy Davis was born April 29, 1988 in Atlantic, Iowa. Nathan graduated in 2006 from Atlantic High School. While in high school, Nathan was involved in show choir, journalism, and was an editor of the school paper and yearbook. Nathan also enjoyed working at the Atlantic News Telegraph where he worked as a sports reporter and photographer for area high school athletics. Nathan attended Kirkwood Community College in Cedar Rapids for his freshman year and then transferred to Iowa State University in Ames, IA. While at ISU, Nathan studied business and was a manager for the ISU Women's Volleyball team and that's where his love for the Cyclones began. Nathan was an avid sports fan. He was particularly passionate about any ISU team but most important to him was women's volleyball because of his involvement with the team from 2007 - 2009. Nathan had a true love of the game of volleyball. He understood the game well and played in many leagues during his time in Ames, Harlan and Atlantic. Nathan also took pride in his work at the Casino. He made many friends, who became like family, over his time at Harrah's and Horseshoe. He quickly made friends wherever he went. He will always be remembered for his great sense of humor and quick wit. Nathan was someone who would stick up for you unapologetically and cheer for you with everything he had. As much as he loved volleyball, he had an even greater love, which was his family. He loved anytime he could spend with family but especially enjoyed traveling and exploring new places. His zoo trips with Cade and Emily were always something he looked forward to. His untimely death occurred on December 20, 2021, at the young age of thirty-three years, seven months, and twenty - one days. He is survived by his mother Stacy (Steve) Davis of Harlan, Iowa; father Rodney (Raylene) Vert of Stroud, Oklahoma; sister Sheila (Brad) Backer of Waukee, Iowa; nephew Cade Backer; niece Emily Backer; paternal grandmother Dorothy Vert of Waukee, Iowa; step siblings Heather Davis of Omaha, Nebraska; Cody Smith of Gore, Oklahoma; Chintelle Smith of Chandler, Oklahoma; aunts, uncles, cousins and many special friends.

Nathan Lee Vert, son of Rodney Vert and Stacy Davis was born April 29, 1988 in Atlantic, Iowa. Nathan graduated in 2006 from Atlantic High School. While in high school, Nathan was involved in show choir, journalism, and was an editor of the... View Obituary & Service Information

The family of Nathan Lee Vert created this Life Tributes page to make it easy to share your memories.

Send flowers to the Vert family.