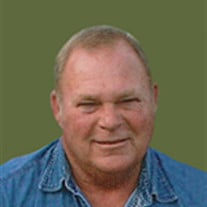 Michael Earl Rasmussen, was born in the New Bisgard Hospital, on March 15, 1948, to Marvin J. and Iva Mae (Cox) Rasmussen of rural Kirkman. He grew up in the Kirkman area, attending school first in the Kirkman Community School and Irwin Kirkman... View Obituary & Service Information

The family of Michael Rasmussen created this Life Tributes page to make it easy to share your memories.

Michael Earl Rasmussen, was born in the New Bisgard Hospital,...

Send flowers to the Rasmussen family.