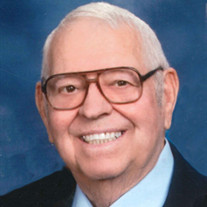 Lowell James Harper, son of Harlan and Joan (Parsons) Harper, was born September 21, 1931 in Ames, Iowa. He was baptized and confirmed at First United Methodist Church in Ames. He attended grade and middle school at Milford School east of Ames and graduated from Ames High School in 1949 then attended Iowa State University where he was in the Alpha Gamma Rho fraternity. He received his degree in Animal Husbandry from the University of Missouri, Columbia, MO. On March 14, 1953, Lowell was united in marriage to Marcia Elaine Barnard in Ames. To this union six children were born. Lowell worked as a hog herdsman for many farms in Iowa, Missouri and Illinois. (Dewey Farms, Staley Farms and Hopkins Farms). He was also a hog buyer for Rath Packing Plant in Waterloo, Iowa and a pure bred hog breeder while living near Memphis, Missouri. Lowell became an insurance salesman for American Republic Insurance Company serving many locations including Memphis, Missouri; Little Rock, Arkansas and Kansas City, Missouri. Fall of 1968 Lowell moved his family to Harlan, Iowa where he sold feed for Walnut Grove Feeds in Cass, Audubon and Shelby Counties. They then moved to Jacksonville where they lived and raised their family for forty-three years before retiring and moving into Harlan in 2011. In 1986 he purchased Pure Bred Genetics Swine Test Station in Ida Grove, Iowa and operated it until 2000. Lowell was a member of Harlan First United Methodist Church for 52 years, where he was a part of the choir, taught Sunday school and gave his time in service on many committees. At the age of seventy-seven, he studied and became a Stephen’s Minister where he counseled many church members in ministry. He was a member of the Shelby County Pork Producers and Iowa Duroc Association. He also volunteered with Habitat for Humanity and was a member of Kiwanis Golden K Club. His love of music led him to organize a men’s choir group at Elm Crest Retirement Community. He died on Monday, February 17, 2020 at Elm Crest Retirement Community in Harlan, attaining the age of eighty-eight years, four months, and twenty-seven days. In addition to his parents, Lowell was preceded in death by his son-in-law Dennis Usher, brothers Dix Harper, Harlan Harper, Jr., and Roger Harper. He is survived by his wife Marcia Harper of Harlan, Iowa; children Beth (Ron) Buck of Harlan; Steve (Vicki) Harper of Rockwell City, Iowa; Nancy Yockey of Carroll, Iowa; Marti Usher of Harlan; Mary Jane (Jeff) Mohr of Council Bluffs, Iowa; Karen (Jeff) Scott of South Lyon, Michigan; 12 grandchildren; 13 great grandchildren; siblings Dorothy Likely of St. Louis, Missouri; Joe Harper of Nevada, Iowa; Mary Lackore of Goshen Indiana; Karel (Jerry) Hedrick of Fairfield, California; nieces and nephews, other family members and friends. Burial will be at a later date at the Ames Cemetery in Ames, Iowa. In lieu of flowers, please direct memorials to the family.

Lowell James Harper, son of Harlan and Joan (Parsons) Harper, was born September 21, 1931 in Ames, Iowa. He was baptized and confirmed at First United Methodist Church in Ames. He attended grade and middle school at Milford School east of... View Obituary & Service Information

The family of Lowell J. Harper created this Life Tributes page to make it easy to share your memories.

Send flowers to the Harper family.