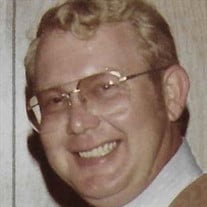 Lester Jay Petersen died January 3rd, 2020 of a heart attack. He obtained the age of 73 years, 1 month and 7 days. He was born in Atlantic, Iowa on November 27th, 1946 to Kenneth Eugene and Mildred Elaine Carroll Petersen. He attended country school and then Avo-Ha Community School, graduating from High School in 1965. He attended college for one year in Maryville, MO and then entered the United States Army. Lester was employed at Mez Implement for several years and later was self-employed as a carpenter in the Avoca-Shelby area. He married Kim Ssang Ye (Amy) in February of 1969. They later divorced. They had three children, Kevin John Petersen, Lisa Lue Hart, and Patrick Eugene Petersen. Les married Janet Boeck Miner in November of 1977 and they had one son, Daniel Jay Petersen. They later divorced. During the time Les lived in the Avoca area, He was on the Pottawattamie Fair Board, served in the Avoca Legion, was a Mason, and had fun being Santa Claus around the area. After 2006 he moved to the Parkersburg and Waterloo area to be around his sister, Carol and her husband, Richard Smiley. In 2011 his Mom, Millie came to live in Parkersburg with Carol and Richard and Lester was glad to be able to be close by to his Mom again. They all attended Grace Community Church in Cedar Falls, Iowa, where Lester rededicated his life to Jesus Christ and was baptized on March 31st, 2018. Lester was very active in AA in Waterloo and he celebrated 14 years 10 months and 1 week of sobriety. The old had passed away and all things were made new for him. He had many friends and neighbors in the Waterloo area and a special thanks go out to Brian Jenkins (BJ), Ethan Ryan, and Glenis Buhr, who were like family to him. Lester was preceded in death by his son Kevin John, and his parents Kenneth and Millie Petersen. He leaves behind his daughter, Lisa Lue Hart, his sons Patrick Eugene Petersen and Daniel Jay (Susan) Petersen, five grandchildren, Kristian Hart, Connor Hart, Emma Petersen, Alana Petersen, and Holly Petersen, his sister, Carol and brother-in law Richard Smiley, his Aunt Jeanie Klindt, Uncle Everette (Sandy) Carroll, and Uncle Mike Kaufman, and many cousins. Lester would share Jesus with people when given the opportunity, so listen as if Les were telling you that Jesus is the answer to every problem or need your life. Ask Jesus into your heart and He will get you through every situation and lead you to heaven. Don't miss heaven, take Him, BE THERE IN JESUS' NAME.

Lester Jay Petersen died January 3rd, 2020 of a heart attack. He obtained the age of 73 years, 1 month and 7 days. He was born in Atlantic, Iowa on November 27th, 1946 to Kenneth Eugene and Mildred Elaine Carroll Petersen. He attended country... View Obituary & Service Information

The family of Lester Jay Petersen created this Life Tributes page to make it easy to share your memories.