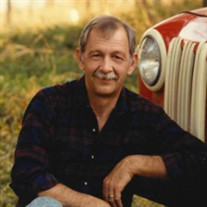 Lee Nelson son of Winona and Leroy Nelson was born in a snow storm on January 5, 1941 in Stromsburg, Nebraska. His father Leroy had to call a county snow plow to get Winona to the hospital. Lee graduated from Stromsburg High School. He was active in all music and athletic activities. He received his Bachelor of Music Degree at Nebraska Wesleyan University in 1963 and his Masters Degree in Music Education at the University of Nebraska in Lincoln in 1973. On August 5, 1961, Lee was married and to this union two children were born Jeff and Wendy. In 1963 the Nelson’s moved to Hooper, Nebraska, here Lee taught all instrumental and vocal music. In 1966, the Nelson family moved to Harlan, Iowa where Lee taught 5th-8th grade instrumental. In 1968, Lee took over the high school band program until his retirement in 2002. In 1987, Lee and Judy were united in marriage . They were members of the United Methodist Church where Lee directed the choir for 30 years. He was president of the Iowa Bandmasters Association for 10 years. He was on the board of the Iowa High School Music Association and President the last two years. Lee was chair and director of the Retired Band Director for 6 years. He received the 1BA Night Award– the Karl King distinguish service two times as an Active and Retired Director. Lee was presented with the John Phillip Sowsa Legion of Honor in Chicago, Illinois. In his retirement he did 272 DVD interviews for families of veterans of our wars following World War 1. Lee Nelson died on March 31, 2021 at his home surrounded by his family. Lee is survived by his wife Judy of Harlan, Iowa; their children Jeff (Teresa) Nelson of Seattle, Washington; Wendy (Matt) Stoekler of Glenwood Springs, Colorado; Sisters Judy (Lowell) Berg of Lincoln, Nebraska; Donna (Dr. Richard) Collins and Barbara Nelson of Alexandria, Virginia; Step-daughter Gina (Michael) Keruan of Cranbery, New Jersey; Stepson Jeff (Kristen) Pierce; 5 grandchildren. Thanks for the memories!! We had the very best kids and the very best parents!! It is impossible to express the very positive feelings about the people of Shelby County!!

Lee Nelson son of Winona and Leroy Nelson was born in a snow storm on January 5, 1941 in Stromsburg, Nebraska. His father Leroy had to call a county snow plow to get Winona to the hospital. Lee graduated from Stromsburg High School. He was... View Obituary & Service Information

The family of Lee Gordon Nelson created this Life Tributes page to make it easy to share your memories.

Lee Nelson son of Winona and Leroy Nelson was born in a snow...

Send flowers to the Nelson family.