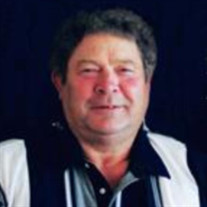 Jerry was the fifth of nine children born to Herbert and Irene (Stolz) Swanson on a humble family farm near Manning, IA on February 13th, 1942. He attended Crawford County rural schools, and was a member of the Catholic Church. Jerry passed away Friday afternoon, May 14, 2021 at the Eventide Lutheran Home in Denison, IA. Jerry enjoyed socializing, hunting, fishing, and sports. He learned to trap, fish, and hunt as a boy. Deer, coyote, fox, duck, and pheasant were hunted locally. Big game was hunted in Colorado, Wyoming, Montana, and Canada, where he brought home trophy elk, moose, bear, mountain lion, and lynx. Jerry deep sea fished in Puerto Rico, Hawaii, Washington, and Alaska.. He always looked forward to bi-annual fishing trips in Canada with friends. Jerry regularly traveled to attend Iowa State football games and NASCAR races. Jerry enjoyed people and was always there to help friends, family, and even strangers. His mother-in-law called him “The Good Samaritan”, while his family referred to as “The Godfather”. Jerry donated time to his community having served on the local Auxiliary Police Dept 10 years, the Volunteer Fire Dept 12 years, the Board of Appeals 30 years, and as a referee for several you sports. Jerry was always very independent. As a youth, he worked numerous seasonal jobs locally before finding a home at Seven-Up Distributing in 1962. He aggressively purchased the company and owned it for over 20 years before selling in 1983. After catching up on life and many home improvements, Jerry then purchased and managed a pharmacy while simultaneously building Swanson Storage in 1987. Swanson Storage is still presently owned by the family. While vacationing in Colorado, Jerry met his wife Carol of 59 years. They were married in 1962 in Englewood, CO. They have four sons; Michael, Mark, Mitchell, and Matthew all of Denison, IA. The family has enjoyed traveling annually throughout the United States, Canada, and Mexico. Most every state was covered, from the mountains to the sea, taking in many activities along the way. Jerry’s favorite family vacation was the summer of 1984 spent in Alaska. Preceding him in death are: his parents Herbert and Irene Swanson; three infant children Jerome, Patrick, and Sarah; three brothers Richard, Eugene, and Darrell; parents in-law Maurice and Marie Curlile; brother in-law Glen; sister in-law Wanda; and numerous cousins, nieces, and nephews. Survivors include: his wife Carol of Denison; four sons Michael, Mark, Mitchell, and Matthew (Mary) all of Denison; three grandchildren Nolan of Norman, Haylie and William of Denison; brother Gail of Davenport; four sisters Darlene Reis of Denison, Judy Brodersen of Denison, Patricia Getty of Alpharetta and Corrine Bogart (Rick) of Omaha

Jerry was the fifth of nine children born to Herbert and Irene (Stolz) Swanson on a humble family farm near Manning, IA on February 13th, 1942. He attended Crawford County rural schools, and was a member of the Catholic Church. Jerry passed... View Obituary & Service Information

The family of Jerry Lee Swanson created this Life Tributes page to make it easy to share your memories.

Jerry was the fifth of nine children born to Herbert and Irene...

Send flowers to the Swanson family.