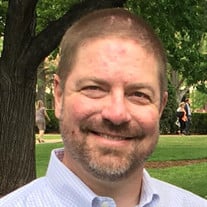 Jay Delbert Brehmer, born in Lincoln, Nebraska on August 29th, 1965 to wonderful parents, Delbert and Judith Brehmer. The family moved to Cedar Rapids, Iowa shortly after he started grade school. He graduated from Washington High School, where he was an active member of the debate team. He attended Drake University where he received a bachelor's degree in Corporate Finance, and was heavily involved in his fraternity, Sigma Alpha Epsilon, and won the True Gentleman award while in school . After graduation, he married his college sweetheart, Carol Izzard, the love of his life. Jay and Carol got married in Kansas City, Missouri on September 17th, 1988. They spent the following years in Des Moines, working and making memories. On March 23rd, 1994 they were blessed with their first child, a daughter, Jordan Ashley Brehmer. A couple years later, on August 30th, 1996 they had another child, a son, Justin Jay Brehmer. While in Des Moines, Jay's first corporate finance job was at R.G. Dickinson, which started a lifelong love for business. From there, he continued to advance his career in the Oil and Gas Industry in both Houston and Kansas City with his family by his side. Jay was the best husband, father, son, brother, friend, and neighbor. It was his dream to have a place where his family and friends could escape to. He went on to pioneer the revival of his family's land, the Southplace. It quickly developed into a little piece of Heaven on Earth, a sanctuary for both loved ones and wildlife, where everyone is and has always been welcomed with open arms. The values that he held closest to him were the importance of family and friends. He has been known as a "lifter", someone who lifts the spirits of others and helps people become better just for having known and interacted with him. A little bit of him lives inside of all of us. Jay is preceded in death by his grandparents, Lester and Violet Brehmer & Harold and Mary Hansen, and father in law, James Izzard. Jay's legacy is upheld by his wife Carol; daughter Jordan Brehmer; son Justin Brehmer; parents, Del and Judy Brehmer; brother Jeff (Suzi) Brehmer; mother-in-law, Peggy Izzard; brother and sister in law, Jeff (Michelle Vietor) Izzard; Randy (Becky) Izzard; nieces and nephews, Grant and Peyton Brehmer, Faith Vietor, Jennifer (Michael) Lateur, Jana (Brian) Bell, Jordan (Becky) Shaw, Bailey Shaw; and many, many more friends and extended family. There will be a Celebration of Life at a later date held at the Southplace in either late Spring or early Summer. In lieu of flowers, please make your contribution to one of Jay’s favorite causes: Wounded Warriors Project support.wondedwarriorproject.org Pheasants Forever pheasantsforever.org

The family of Jay Brehmer created this Life Tributes page to make it easy to share your memories.

Send flowers to the Brehmer family.