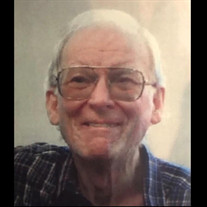 James Lyle Larsen died April 7, 2020 at Harbourwood Health and Rehabilitation Center, Clearwater, Florida. His parents, Leonard Christian Larsen and Bernice Irene (Graves) Larsen; sister Beverly Nelsen and sister-in-law Mary Ann Larsen preceded him in death. He is survived by his son, Gregory A. Larsen; brother Gary L. Larsen and sister-in-law Rose Ann Larsen of Harlan; brother Dennis (Dennie) L. Larsen of Phoenix, AZ; nieces, nephews and other family members. Jim was born April 15, 1942 in Harlan, Iowa. At a very young age, a tragic farm accident nearly took his life. Despite the loss of his lower legs and with the help of his older brother and others, Jim relearned how to walk. Eventually he played catcher at baseball, performed gymnastics in high school and did his share of chores on the farm. He and his older brother Gary, together known as the “You Betcha Boys”, would also hire out for cutting hay, emptying corn cribs and were always ready to put their scoop shovels to work. Jim square danced on roller skates with Harlan’s “Rolling 8”, performing locally and once on national television in New York City. He graduated from Harlan High School in the class of 1960 and attended the University of Nebraska-Lincoln. In 1963, he married Georgia J. Lytle of Harlan and eventually moved to Kansas City, MO with their son, Greg. He combined his early experience selling livestock feed with his accounting knowledge to begin Larsen and Associates, Inc., the beginning of many entrepreneurial endeavors. After Jim and Georgia divorced, he continued consulting throughout the U.S. One day in 1980, someone struck oil on a poor chicken farmer’s land in southern Kansas and the man called Jim. This altered Jim’s life forever. Eventually moving to the area, he developed his own oil fields, working through the mud, snow and any type of weather seven days a week. In Kansas, Oklahoma and Texas, Jim continued to feed his love for barbequed brisket, baby back ribs, oil and cattle. Later, he would move to Arizona and subsequently spent several years in China and Indonesia; continuing his work as a consultant. Despite an early tragedy, Jim conquered the challenges laid before him and went where the dreams of a hard-working farm boy led him. A memorial service will be held at a later date with interment in Harlan Cemetery. Pauley Jones Funeral Home is in charge of arrangements. Condolences can be sent to Greg Larsen, 12440 MacAlister Way, #101, New Berlin, WI 53151.

The family of James Lyle Larsen created this Life Tributes page to make it easy to share your memories.

Send flowers to the Larsen family.