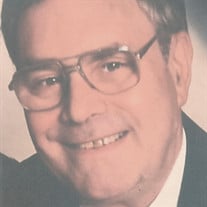 Jack Harold Pickham, the son of the late Jack and Lucy (Scalise) Pickham, was born on November 17, 1948 in Tacoma, Washington. He graduated from Stadium High School in Tacoma in 1966. Following high school, Jack joined the United States Navy where he served for almost 4 years. After being in the military, Jack went back to school at Washington State University. He graduated after four years with a bachelor's degree in Accounting. On January 3, 1993 Jack married Arla Guensche in Omaha, Nebraska. Jack was working at the post office during that time. Soon after they married, they moved to Avoca where Jack continued to work for the post office. Jack retired in 2011 after almost 30 years of dedicated service. Jack enjoyed reading Mysteries, listening to music, playing chess, golfing, camping, and card games. What he enjoyed the most though was traveling especially to the Eastern Coast. It was in his blood from his military days. He was a member of Trinity Lutheran Church in Avoca. Jack passed away on Sunday, October 27, 2019 at Salem Lutheran Home in Elk Horn attaining the age of 70 Years, 10 months, and 11 days. He was preceded in death by his parents Jack and Lucy. Those left to cherish his memory are his wife Arla of Avoca; sister Kathy Kruzner and her husband Bill of Washington, daughter Sarah Steward and her husband Jacob of Maumelle, Arkansas; step-sons Randy Johnson and his wife Diana, Rusty Johnson and his wife Denise, and Daniel Johnson and his wife Angela, all of Omaha, Nebraska; 11 grandchildren; 1 great grandchild; and close cousin Beatrice Hopkins of Washington; and many other relatives and friends.

The family of Jack Pickham created this Life Tributes page to make it easy to share your memories.

Jack Harold Pickham, the son of the late Jack and Lucy (Scalise)...

Send flowers to the Pickham family.