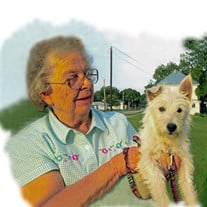 Gladys Petersen, 92, of Walnut, Iowa, passed away peacefully at Myrtue Medical Center in Harlan, Iowa on January 10, 2022. Gladys Anne was born on September 9. 1929, to Helen (Krambeck) and Fred Mickel in Marne, Iowa. They moved to a house in Walnut, where she attended school. During high school, she achieved the highest honor of Worthy Advisor in the Rainbow girls organization. She graduated from High School in 1947. Two days after graduation, she landed a job working for Dr. Wehr, a dentist in Walnut. Gladys married Lloyd Petersen on October 16, 1949, in Walnut. Together they were the proud parents of Jackie and James. They moved several times between Avoca and Walnut before settling down on a farm just outside of Walnut. She worked for Dr. Grulke, a dentist in Avoca and also was a bookkeeper for Dick Brown at Brown’s Conoco in Avoca. After Gladys and Lloyd retired, they bought a trailer on Lake Madison in South Dakota. They enjoyed fishing, boating and relaxing with friends Norma and Al Oldehoff. When they got tired of the cold weather in Iowa, they became snowbirds in Arizona. She continued liking to fish and boat and spend time with friends; Norma and Al Oldehoff and Bob and Deloris Allen. After Lloyd’s health started to deteriorate, they moved back to Walnut and built a house in town. Gladys spent most of her time caring for Lloyd until he passed away in July of 2005. She then sold the house and moved to a small apartment in Walnut. She enjoyed spoiling her faithful companion, Benji. He was a rescue White Highland Terrier. She loved him until he passed away in February of 2021. Gladys was a member of the Trinity Lutheran Church in Avoca. Her greatest joy was attending her grandchildren’s various activities. She traveled to Branson twice and Nevada once to watch Trevor at singing performances. She went to Omaha to watch Randi’s musical theater performances. She traveled to Lincoln to watch Catelyn’s violin performances. She was also very excited when she became a great grandmother to Alex, Emmy and Beau. She was very passionate and loved her family very much. She always had a smile and a laugh that let you know when she was around. She was preceded in death by her parents; Helen and Fred; husband Lloyd and son James. She will be deeply missed by her daughter Jackie (Dan) Riessen of Avoca, Iowa; grandchildren Trevor (Melanie) Riessen of Fremont, Nebraska; Randi Riessen of Shelby, Iowa; Catelyn (Nick) Meysenburg of Lincoln, Nebraska; 3 great grandchildren: Alex and Emmy Riessen of Fremont, Nebraska; Beaudin Meysenburg of Lincoln, Nebraska.

The family of Gladys Petersen created this Life Tributes page to make it easy to share your memories.