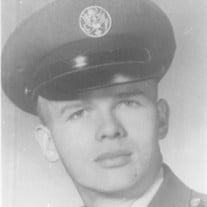 Gene Franklin Aikman, the son of Myron and Irene (Petersen) Aikman, was born on March 27, 1938 at home in Lincoln Township, Iowa. He was baptized at Trinity Lutheran Church on November 25, 1939 and confirmed at St. John’s Lutheran Church in Audubon. Gene went to grade school at West of Irwin Grade School and High School in Audubon. At the age of 17, Gene and his brother Kenneth moved to California. Gene joined the United States Air Force serving for four years serving in California, Arizona, and Florida. While he was stationed in Yuma, Arizona, Gene met the love of his life, Shirley Owen while she was working the box office at a local theatre. Then they left to Tampa Bay, Florida and then back to California. To this union, two children were born: Debbie and Kevin. Gene spent his time after the military working as a plant manager for Purex until 1974 when he started to farm. He purchased his father’s farm and farmed until 1994 when he retired. Knowing Gene, he couldn’t retire for good. So, he went to work for Boyer Valley as an Irrigation Manager until he retired for good in 2009. Gene was a man who loved to visit with family and friends. He and Hans Hoffmeier used to sit out on their pickups just talking to each other. He loved talking with his grandkids and sharing stories with them. When he was younger, he loved to take Shirley square dancing or ballroom dancing. They loved to go dancing. But his passion was farming. Gene was very good with mechanical projects and working on tractors. On Sunday, November 10, 2019, Gene passed away at his home attaining the age of 81 years, 7 months, and 14 days. He is preceded in death by his father Myron Aikman; and his wife Shirley Aikman. Those left to cherish his memory are his daughter Debbie Janssen and her husband Curtis of Manning; son Kevin Aikman and his wife Ronda of Denison; grandchildren Wade Janssen of Santa Clara, California; Nathan Janssen and his wife Stacy of Arcadia; Derrick Janssen of Story City; Kayla Schulte of Dow City; Curtis Malone of Dow City; 8 great grandchildren; mother Irene Aikman of Manning; brother Kenneth Aikman of McKenny, Texas; sister Joanne Madsen of Clarksburg, West Virginia; nieces, nephews, and other family members.

Gene Franklin Aikman, the son of Myron and Irene (Petersen) Aikman, was born on March 27, 1938 at home in Lincoln Township, Iowa. He was baptized at Trinity Lutheran Church on November 25, 1939 and confirmed at St. John&#8217;s Lutheran Church... View Obituary & Service Information

The family of Gene Franklin Aikman created this Life Tributes page to make it easy to share your memories.

Send flowers to the Aikman family.