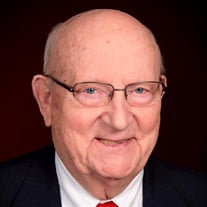 I was born Tuesday, January 22, 1929 on a cold frosty day. Five miles northeast of Exira on the ridge road. I was the fourth boy born to five boys. Six years passed and the school bells began to ring, so off to a rural Greeley #8 school taught by Miss Green (Kindergarten), Miss Anciaux (1st and 2nd grade), Miss Shoesmith (3rd grad), Miss Hunt (4th and 5th grade) Miss Farstrimp (6th and 7th), and Miss Sundberg (8th grade). Started on my next path, starting to Exira High School in 1942. During high school years also helped my father farm while my three older brothers were in the service. In 1946, when I was a Senior, Exira started football, which I went out for. Coach Littlecont took us to Manning, Iowa to see a football game and second game I saw I was playing left half-back. Lot of fun. The summer when I was a sophomore I worked for John Reynolds painting barns and corn cribs. The junior year I worked for Eagon Construction building houses. I graduated in the spring of 1947. My brothers had taken over the farming and I went to work for my Uncle Raymond Stezler over by Guthrie Center for about six weeks on his farm. J&M Implement Co. called our home and wanted me to come to work in the parts department. J.B. Jensen and Maurice Hime were the owners of J&M Implement Co. In the summer of 1947 my folks bought a house in Anita, Iowa and moved there. Harley moved in the home place. I moved into Exira in a room at Norma Baiers. He was a salesman at J&M Implement. I usually went to Anita on weekends if I had time to. We did a lot of partying on weekends. Sometimes during the week we would go hunting and captured pigeons in barns and cribs and sell them and use the money to have a beer party. Fun oh ya! That’s where I first saw Agnes. We were out to Arnie’s folks catching pigeons and after went in the house, there I saw Agnes, Mmm and not too bad. In 1948, I enlisted in the Air Corps, went to Wichita Falls, Texas Boot Camp and then to San Antonio, Texas. We were cleaning up bunk houses for some reason. I hurt my back and then I had heart trouble. They gave me honorable discharge and sent me home. I went back to work at J&M at their new building. That’s when I met and started dating Agnes. Did a lot of double dating with Arnie and Lorraine. In 1950, Maurice & J.B. dissolved partnership in Exira. Maurice Hime bought a dealership in Leon, Iowa and wanted me to go with him. In March of 1950, I moved to Leon. Did parts manager and bookkeeping for Maurice Hime at Hime Implement Co. Agnes and I started dating, then I moved to Leon. Then I went home just about every weekend. Agnes graduated from high school in Spring of 1951. We were married on November 19, 1951 in Exira, Iowa. Charlene was born August 26, 1952. Monte was born August 17, 1956. Had a lot of good years in Leon. Moved to Ames, Iowa in 1960 and worked for Armstrong T&T in parts and service. Then in 1963, we moved to Avoca, Iowa and I worked for Avoca Implement Co., until I retired in 1991. Agnes and I had the dime store Riesgaard Variety from 1984 until 1996. We went on many trips to Alaska, Hawaii, Mexico, Bahamas and Europe. We spent 15 winters in Arizona, left in January and home in March. We both went back to work at Farmall-Land USA Museum since 2006. Agnes got sick and passed away on June 9th 2017. I loved to work on stained glass. I illustrated a book for Ann Lee. Published name of Tales of Tails. Just one of the good old boys, Eldon Survivors include his children Charlene (Larry) Friederich of Avoca, IA; Monte (Serena) Riesgaard of Avoca, IA; grandchildren Valerie Friederich of Avoca, IA; Jason (Cristina) Friederich of Hillsboro, OR; Julian (Paige Hansen) Riesgaard of Omaha, NE; brother Darold (Pat) Riesgaard of Aurora, CO; sisters-in-law Gladys Riesgaard of Audubon, IA; Madonna Riesgaard of Exira, IA

I was born Tuesday, January 22, 1929 on a cold frosty day. Five miles northeast of Exira on the ridge road. I was the fourth boy born to five boys. Six years passed and the school bells began to ring, so off to a rural Greeley #8 school taught... View Obituary & Service Information

The family of Eldon Riesgaard created this Life Tributes page to make it easy to share your memories.

Send flowers to the Riesgaard family.