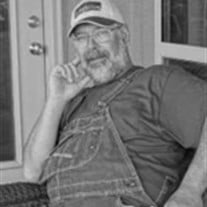 Douglas Edward Herman was born on April 30, 1959 in Hebron, Nebraska to Richard E. and Marion (Deepe) Herman Van Cleef. He passed away suddenly on February 5, 2021 at 61 years old. He was baptized and confirmed at the Zion Lutheran Church in Carleton, Nebraska. In Doug’s younger years, he was active in the Bruning Livestock 4-H club where he showed hogs. During the summers, he worked for various farmers in the Carleton community and worked for Ron’s Body Shop. In 1977, he graduated from Bruning Public School. In 1980, he graduated from the University of Nebraska in Curtis, Nebraska where he received his Associate Degree in Agricultural Production. Doug was employed by Ralston Purina research farm in Fountain City, IN. He then moved to Defiance, IA where he managed a hog confinement farm for many years. Doug married Teresa (Hubbard) on January 15, 1988 in Fremont, Nebraska. They had three children, Christina, Trevor, and Cassidy. Doug was proud of his family and enjoyed being a Dad and Grandpa. He was known in the community for being dedicated, hard-working, and always for his signature style… Key-brand bib overalls! The hog confinement community quickly grew into a family for Doug. If he was not home he could be found in a hog confinement anywhere from ten minutes away to a few hours away. He enjoyed working till the end with Wilwerding Electric in Defiance, IA. This job helped to provide for an ever changing household and even opened up opportunities for all the kids. Doug’s kids were not the only ones who looked up to him. There are many in the community that looked up to him and appreciated his quick response to any problems that would arise. We are also very appreciative of the community that quickly accepted us and allowed us to be part of all of it with them. He is survived by his wife Teresa of Earling, IA; children, Christina (Nic) Lowther, Brookline, MO, Trevor Herman (fiancée Jordyn West), Council Bluffs, IA, and Cassidy Herman, Earling, IA; grandchildren, Jackson Lowther, Aiden and Gabriel West, and Brilynn West; parents, Richard and Donna Herman of Carleton, Nebraska and Marion and Lloyd Van Cleef of Hebron, Nebraska; sister, Leslie (Jim) Garner and nephew, Lance (Kaitlyn) Garner of Auburn, Kansas and many family and friends. We will always carry your memory in our hearts.

Douglas Edward Herman was born on April 30, 1959 in Hebron, Nebraska to Richard E. and Marion (Deepe) Herman Van Cleef. He passed away suddenly on February 5, 2021 at 61 years old. He was baptized and confirmed at the Zion Lutheran Church... View Obituary & Service Information

The family of Douglas Herman created this Life Tributes page to make it easy to share your memories.

Send flowers to the Herman family.