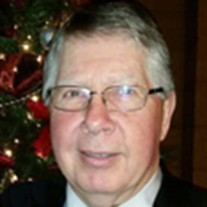 Dale Lyle Hemminger was born January 26th, 1948 in Harlan, Iowa. He was the middle of three sons to Webb and Jean Hemminger. Dale attended Fairview #5 in Corley, Iowa for elementary school, then attended New Park School in Harlan and graduated from Harlan Community High School in 1966. After high school Dale worked at the Texaco filling station in Harlan. Dale was drafted into the U.S. Army and inducted on March 4, 1968. Dale served overseas in the Vietnam War from July 31, 1968 to July 8, 1969. He was honorably discharged from Fort Gordon, Georgia on March 3, 1970. He was promoted to Buck Sargent in his time in the military. When Dale completed his service to his country, he moved back to Iowa to manage the Texaco in Atlantic for 2 years. He returned home to Harlan and worked for Nielsen Oil for several years. In the fall of 1978 Dale started working for Wells Dairy where he delivered milk, rain, snow or shine for 17 years. After Well's Dairy, Dale was employed by Conway Central Express (CCX) for 18 years as an over-the-road trucker. Dale retired in 2011 at 63 years of age. He spent most of his retirement golfing, but stayed committed to working. He continued his career of driving truck, working for Schomer's Farms and Cyclone Seed. He also trucked for Grabill trucking and Toby Hastert. Dale was united in marriage to Pat Riggs in Atlantic, IA at First United Methodist Church on September 2, 1978. Dale thought Pat walked on water and always cherished her every day. They were married for 40 years and had 2 children, Cori and Reid. Over the years Dale enjoyed taking golfing trips with close friends and taking vacations with his family. Dale always loved the Harlan Country Club and all his friends there. Played so many rounds of golf with his wife Pat traveling to many states just to enjoy golf together. You could also find Dale watching old black and white movies and spoiling his grandchildren with sweet treats. Dale is preceded in death by his father, Webb Hemminger and his sister in law, Betty Jean Hemminger. He is survived by his mother, Jean Hemminger of Harlan; his wife, Pat Hemminger of Harlan; his children, Cori (Nate) Steele of Vermillion, SD and Reid Hemminger of Harlan; his brothers, Dennis (Angie) Hemminger of Blair, NE and Dwayne Hemminger of Harlan; 4 grandchildren, Lucas, Leigha, Hayden, and Maxwell; many nieces and nephews, other relatives, and many, many friends.

The family of Dale Lyle Hemminger created this Life Tributes page to make it easy to share your memories.

Send flowers to the Hemminger family.