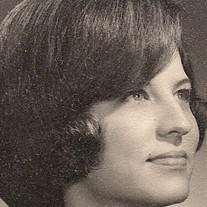 Connie Lee Lehan (Hagood) was born on January 22, 1947 and was raised by her parents Violet (Bliss) and Melvin Trotter in Coffeyville, Kansas. She had several siblings whom she loved dearly with her brothers Bill Hagood, Paul Hagood Jr. and Russell Shelton being the closest to her growing up in the same house. Although primarily known as a very loving sister, she had a tough side to her which she attributed to growing up as the sole girl in the house. Many times she mentioned how her brothers treated her like "one of the boys" which included a time where she broke her arm while playing backyard football with her brothers; whether she cried or not was debated over the years. In 1965 Connie graduated from Field Kindley high school in Coffeyville; to this day she remained in contact with many of her classmates of whom she had shared many wonderful memories. Connie went on to receive her Associates Degree in business from Coffeyville Community College, where she was also a cheerleader for the Red Ravens Junior College football team. Connie later moved up to Council Bluffs, Iowa with her family and begun working at Mutual of Omaha. During this time, Connie met a pharmacist, Joseph "Joe" Lehan, at Con Drug and the courtship ensued. She had said that the minute she had met Joe that she knew he was the one and would go out of her way to visit the pharmacy just to see him. On one of those visits she left her contact information with an employee at Con Drug and Joe, after almost losing it, reached out to her for their first date and shortly after their loving relationship began. On February 9, 1968, at Queen of Apostles Parish in Council Bluffs, Joe and Connie were married and this union led to the birth of four sons: Todd, Mark, Troy and Matthew. Joe and Connie moved to Minden, Iowa and were proud owners of Lehan Pharmacy in Minden where Joe served as the town pharmacist for over 40 years. In addition to the pharmacy and being a loving mother and grandmother, Connie worked in the Pottawattamie County Auditors office for over 10 years and her interest in politics led her to being elected to the Pottawattamie County Board of Supervisors where she served on the board from 1994 to 1998. As a mother and grandmother, Connie was full of pride as her family brought her tremendous amounts of joy and love. She was so supportive and always wanted to be there and in times where she could not, she always found a way to let you know she's there for you. Raising kids in the 70s through 90s, she was a character, like her mother Violet, and was known for many sayings around the house; some which brought us laughter later in life like "You better have that room cleaned up by the time I come back" or "Stop crying or I'll give you something to cry about", but the ones that we will always remember are the ones she said the most including "Come here and give me a hug" and of course, her favorite, "I love you so much" which was how she finished almost every conversation. Her loving nature was a rarity and will be dearly missed. Connie died at home on Tuesday, October 19, 2021, having attained the age of seventy-four years, eight months and twenty-eight days. She is preceded in death by her parents, loving husband Joe (married 49 years) and siblings Paul Hagood Jr., Bill Hagood and Russell Shelton. She is survived by sons Todd Lehan of Minden, Iowa; Mark Lehan and his wife Elizabeth of Papillion, Nebraska; Troy Lehan of Omaha, Nebraska; Matthew Lehan and his wife Margarita Orozco of Madison, Wisconsin; grandchildren Kirsten, Brooklyn, Derek, Luke, Landry, and Mabry; siblings Brenda Trotter, Jill Trotter and Bill Trotter; many nieces and nephews; and friends. Connie was an avid animal lover ensuring the household had a family dog for most years, as well as having a love for the wildlife around the house. To honor her memory, the family requests that in lieu of flowers that all memorials be directed to the Midlands Humane Society in Council Bluffs, Iowa. The family would also like to thank everyone for their kind words and shared memories. So many of you have impacted her life and you should know that Connie loved you.

Connie Lee Lehan (Hagood) was born on January 22, 1947 and was raised by her parents Violet (Bliss) and Melvin Trotter in Coffeyville, Kansas. She had several siblings whom she loved dearly with her brothers Bill Hagood, Paul Hagood Jr. and... View Obituary & Service Information

In lieu of flowers, please direct memorials to the Midlands Humane Society in Council Bluffs, Iowa.

Send flowers to the Lehan family.