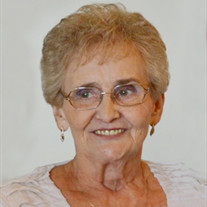 Carol Adele (Becker) Pattee was born on April 15, 1939 in Randolph, Nebraska to Albert and Adele (Suhr) Becker. Her oldest sister Jean was waiting at home for her, and then a few years later sisters Linda and Denise joined the family. Carol started school in a country school in Nebraska, then graduated high school in Papillion Nebraska. While in school, Carol was very involved with 4-H, took piano lessons, played softball, worked in a clothing store, milked the families cows and helped out on the farm. Directly after high school Carol went to Northern Natural Gas and worked as a typist. In 1959 Carol met Donald Pattee at Sokol Hall at a dance. They fell in love and married in August of 1960. They started their life together on the farm south west of Avoca. Their family started when their son Gary was born in 1961, Lori born in 1962, Wendy 1967 and Steve in 1971. Being a farm wife and mother was a very important part of her life. Carol was an active participant at Trinity Lutheran Church as a Sunday School teacher, cooked at the abelskiver supper, church council, other various tasks as needed. When her youngest child was in high school, Carol started working at US Bank. She was also involved in the Red Hat Society and enjoyed spending time with her friends. Carol’s hobbies included knitting, making beautiful birthday cakes, reading and gardening. Her love of flowers is very well known amongst friends and family. Don and Carol retired, and moved to Avoca, Iowa in March of 2001. Carol was able to continue her enjoyment of flowers and a small area for tomatoes while living in Avoca. But the most important piece of Carol’s life was her family. She deeply loved her husband, children, grand children, and great grandchildren. On Sunday, April 19, 2020, Carol went to join our Lord in Heaven having attained the age of eighty-one years and four days. She was preceded in death by her parents Albert and Adele Becker, her oldest sister Jean, her youngest sister Denise, and grandson Bryce. Those she left behind to celebrate her life include her husband Donald, her son Gary and his wife Janet, daughter Lori and her husband Mitch, daughter Wendy and her husband Chris, son Steve and his wife Nicole as well as her grandchildren Ross, Reed and his wife Becky, Tricia and her husband Nathan, Michelle and her husband Jeremy, Sam and his girlfriend Anna, Caitlin, Sylvia, Andrew, Megan and Katie, along with great-grandchildren Annabelle, Braelyn, Ben and Jameson, her sister Linda and husband Dennis Thomson and many, many relatives and friends.

Carol Adele (Becker) Pattee was born on April 15, 1939 in Randolph, Nebraska to Albert and Adele (Suhr) Becker. Her oldest sister Jean was waiting at home for her, and then a few years later sisters Linda and Denise joined the family. Carol... View Obituary & Service Information

The family of Carol A. Pattee created this Life Tributes page to make it easy to share your memories.

Send flowers to the Pattee family.