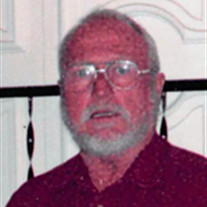 Carl John Peters, son of Alfred and Clara (Bensen) Peters was born August 17, 1944 in Harlan, Iowa. He was baptized at Altamont Baptist Church where he remained a life time member. He attended Monroe Township Country School and graduated from Harlan High School. In July of 1966, Carl was enlisted into the United State Army Reserve. On September 21, 1968, Carl was united in marriage to Judy Kloewer at St. Michael’s Catholic Church in Harlan. Two daughters were born to this union: Kristi and Jennifer. Carl was always busy, he farmed for 22 years while working at Western Engineering for over 35 years. He had a gift for designing and building machines. He helped as a mechanic on stock cars until the kids got older. Carl also drove school bus for many years and coached trapshooting for Exira-Elk Horn-Kimballton School. Carl was an avid hunter, ice fisherman and enjoyed the outdoors. He had a big heart for black labs and the occasional cat. When he would take a moment to sit, you could find him enjoying a book. Carl was famous for his BBQing, grilling, smoking, and experimenting with meat. Carl died on Wednesday, May 26, 2021 at Bergan Mercy Hospital in Omaha, Nebraska, attaining the age of seventy-six years, nine months, and nine days. He was preceded in death by his parents. He is survived by his wife Judy Peters of Harlan, Iowa; daughter Kristi Peters of Grinnell, Iowa; Jennifer (Cory) Sornson of Independence, Iowa; granddaughters Karen and Rachel Sornson; brother Kenneth Peters of Walnut, Iowa and sister Rose Ann Witherspoon of Nesbit, Mississippi; nieces and nephews; other relatives and many friends.

The family of Carl John Peters created this Life Tributes page to make it easy to share your memories.

Send flowers to the Peters family.